John Nice is commemorated on the Pozieres Memorial, France, panel 25. 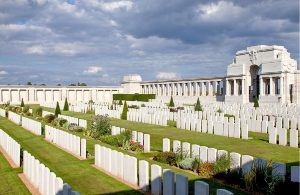 In the 1901 census John was aged 8 and living at The Street, Badwell Ash with his father John Nice, aged 32 a pig and cattle dealer; his mother Maria, aged 46; sister Thirza, aged 23 and brother William, aged 5. They were all born in Badwell Ash.

In the 1911 census, now aged 18 (and now recorded as Jack), he was a horseman on farm still living at The Street, Badwell Ash, with his widowed mother; sisters Thirza, aged 31 and Emma, aged 30, brother William who was now a boy on farm, and a cousin James, aged 44. His mother had borne 13 children but 6 had died. His father had died in 1902. 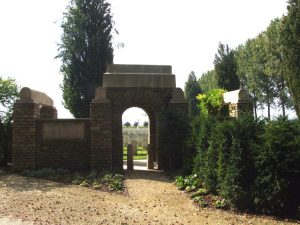 On the 26th March 1918 the 7th Suffolks were defending the Albert bridgehead, back to positions they had constructed 2 years previously. The force of the German onslaught (The Kaiserschlacht – see note below) meant they had their backs to the wall, with very little equipment, no artillery support, no bombs, rifle grenades, trench mortars or even sufficient shovels. They were along the railway line, the left company resting on the Albert railway station, the right about 300 yards south of the Albert-Amiens road. Several attacks were beaten off but at 10.20pm the Germans attacked in strength. Attack and counter attack ensued, the Suffolks had to pull back 300 yards but managed at last to stabilise this position. One platoon, 28 men, was reduced to just 3. Short of food and water they were relieved just before dawn on the 28th. In the three days 26-28th, they had suffered 256 casualties. Of these 73 were killed on the 27th, with only 10 of them having identified graves. John is one of these men. John was awarded the 1914/15 Star, The War Medal and The WW1 Memorial Plaque. (Suffolk Regimental Museum, Bury St. Edmunds).

Note: The Kaiserschlacht (Kaiser’s Battle), also known as the Ludendorff Offensive, was a series of German attacks along the Western Front during March 1918 which marked the deepest advances by either side since 1914. The Germans had realised that their only remaining chance of victory was to defeat the Allies before the overwhelming human and material resources of the United States could be fully deployed. They also had the temporary advantage in numbers afforded by the nearly 50 divisions freed by the Russian surrender.