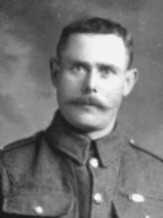 In the 1891 census Henry was aged 9, a scholar and living with his father, James, aged 40 an agricultural labourer and Eliza, his mother, aged 35 with 2 siblings, William, aged 8 and Elizabeth, aged 6 in Sadlers Yard, Badwell Ash.

On the February 10th 1906, Henry married Cash Anna Maria Baker (Stow 4A-1041). In some records, Cash’s name is written as Cash Annamia Warren. 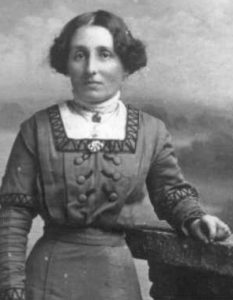 In the 1911 census Henry was aged 29, now an a horseman on the farm and living with his wife Cash Anna Maria and 3 daughters, Mabel Florence, aged 4; Mary Elizabeth, aged 3 and Ada Ellen, aged 1 and living in Long Thurlow. A son was born on 16th February 1911, Henry (Harry) Warren.

Military and War: Henry’s Service Record cannot be located but we do know that he was a Private, Regimental No. 6369 in the 2nd Battalion, Suffolk Regiment. We also know that he was taken prisoner on the 25th February 1915 and presumably interred for the remainder of the war. From The Magazine, which was the Parish Magazine for several of the local parishes including Badwell Ash dated January 1919, it was said that Henry “……had been working in the open air for the last 3 years, and looked well, compared to his less fortunate countryman” (quote – Walter Lynn) presumably, as a POW. He was awarded the 1914 Star and The Victory and War Medals (Suffolk Regimental Museum, Bury St. Edmunds).