It is believed that in 1723 there was a “great fire” in Badwell Ash that destroyed a significant amount of the original medieval village. There was a “report” in the Suffolk Mercury Newspaper of July 15th 1723 which read as follows:

On Sunday the seventh inst. a dreadful fire happened at a place called Badwell Ash, within eight miles of Bury St Edmunds in Suffolk, which consumed almost the whole town, leaving only ten houses standing, whereby 388 families are brought into deplorable condition, being reduced to the utmost extremity. This unhappy accident was occasioned by two boys that were employed to scare birds from the fruit etc. and these boys it seems had made a key gun (i.e. the pipe of an old key of a door) with which they intended to fright the birds, but it so happened that one going to call the other on Sunday after dinner, they both strove who should have the gun, upon which one of them having a firebrand in his hand put it to the touch-hole of the gun, which immediately discharged itself, and ‘tis supposed the flash, together with the paper that was rammed into it catch’d hold of the cobwebs, and then of the thatch of the house which kindled such a flame that it could not be extinguished till the whole town was almost laid to ashes. The damage is computed at about 2,000L.

Extract taken from ‘I Read it in the Local Rag; Selections from Suffolk and Norfolk papers 1701-1900′ by Pip Wright

There is also reference to this Great Fire in Badwell Ash on the Suffolk CAMRA website. The introduction to Badwell Ash and The White Horse P.H, states:

Undoubtedly the most significant event in the village’s history was the Great Fire of Badwell Ash, on the 7th of July 1723. On that day, virtually the whole village was burned down, leaving 388 families homeless. Only ten buildings remained after the fire – including only half of the White Horse.

The article also goes on to state that: The newly-created village history group has been researching the fire and they believe it’s possible that it actually never happened. It will be interesting to see what more they can find.

This entry is an attempt to substantiate this newspaper story and the evidence which we, as a History Society, have amassed is outlined below.

The White Horse P.H. is a Grade II Listed Building and although, from the outside it looks like a C19 building, it is in fact a much older building and dates from the C16. The original C16 timber frame was encased in a brick skin in the C19. The Listing description states that the interior can be divided into two distinct portions. That to the left of the chimney stack was built using higher quality construction techniques, contemporary with C16 timber framing detailing than that to the right hand side which is of much poorer construction. It therefore seems that the section facing the car park is more recent and was perhaps re-built or added on at a later date. 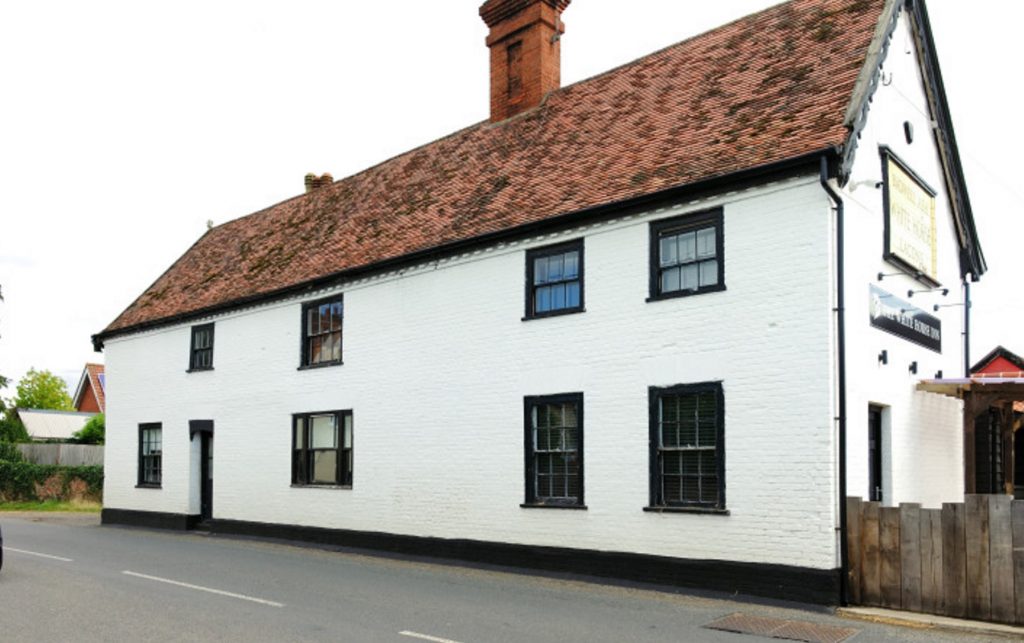 The White Horse P.H. is opposite The Wurlie, which is on the left hand side of The Street going towards Walsham and is a former “Hall House” dating from the C15 and C16.   Beyond that going towards Walsham le Willows on the same side of the road is an even older survivor from the medieval period, possibly a Guildhall, which in the Listing Description is described as a house dating from the late C13 or early C16. Between them, but on the other side of the road, is another survivor from the C17, Warren Farm which is not Listed.  Heading towards Hunston and going beyond The White Horse P.H., the first surviving house from the medieval period on the south side of The Street is Lavender Cottage dating from the C16. Beyond that on the same side of the road, are St. Mary’s Church and Croft Cottage. However, the only surviving house from the medieval period on the north-eastern side of The Street is Norwich Ale House (now Norwich House) which dates from the late C17. There are no buildings earlier than the late C18 on this side of The Street between the White Horse P.H. and Norwich Ale Stores. This is amply illustrated on the attached map: 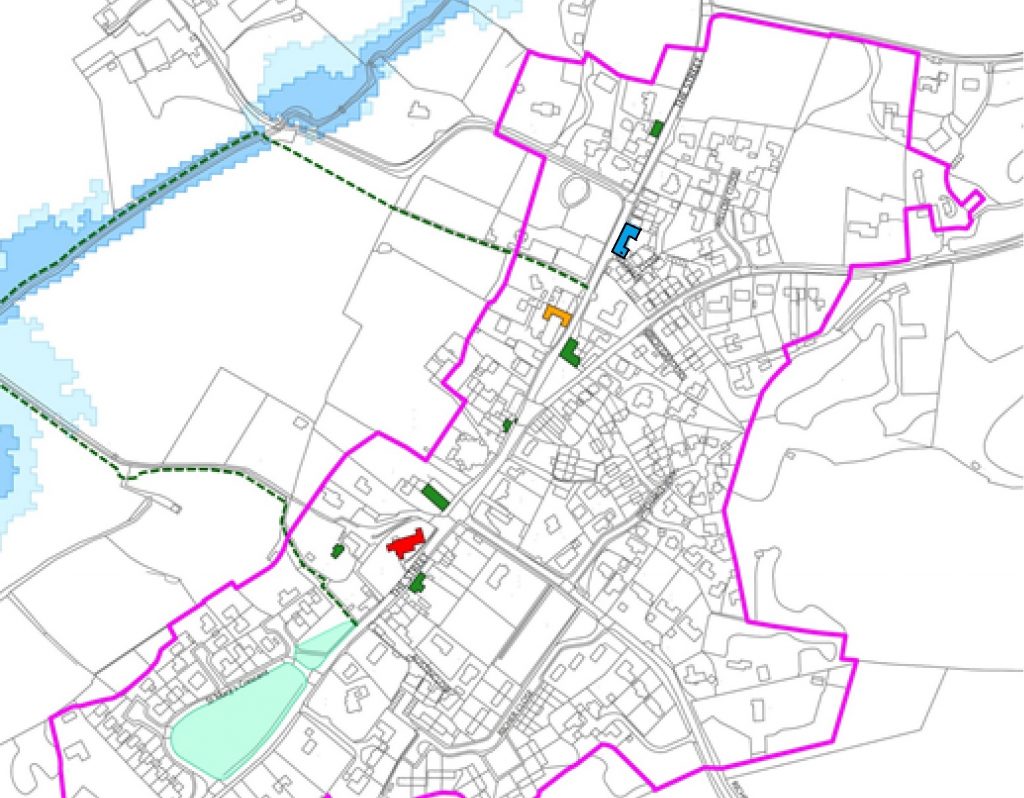 There are no records held at the Suffolk Record Office that refer to a “Great Fire”. This is unusual as if it was as catastrophic as the newspaper description implies, it is odd there is no mention of it in the records. The only record held at the Suffolk Record Office that might possibly relate to the aftermath of the fire is a Deed between Stebbing, Buck and Read of a “Messuage on Badwell Street, dated 1728, of several messuages of a burnt messuage”. This description would imply that there was a sale of a piece of land that was formerly the site of several houses that had been burnt down? Perhaps this is the only evidence we have but, unfortunately, as The Record Office is temporarily closed due to the coronavirus pandemic (May 2020), there is no way of ascertaining whether this assumption is correct.

What can we deduce from this? The circumstantial evidence, including the lack of any medieval houses on the norther-eastern side of The Street between The White Horse P.H. and Norwich House, the mention of the possible reconstruction of part of the White Horse P.H. in the Listing and the mention of the site of several houses destroyed by fire being acquired 5 years after the supposed incident seems to confirm the possibility that the newspaper report of a “Great Fire” in 1723 was genuine. But until a copy of the Suffolk Mercury from 1723 or any other primary evidence can be located, we should always treat this story with some scepticism.

William is the oldest memorial/grave inside the church. William was related to Rollo, the first Norman Lord of Normandy in the C1 and his descendants have been traced as far as New Zealand.