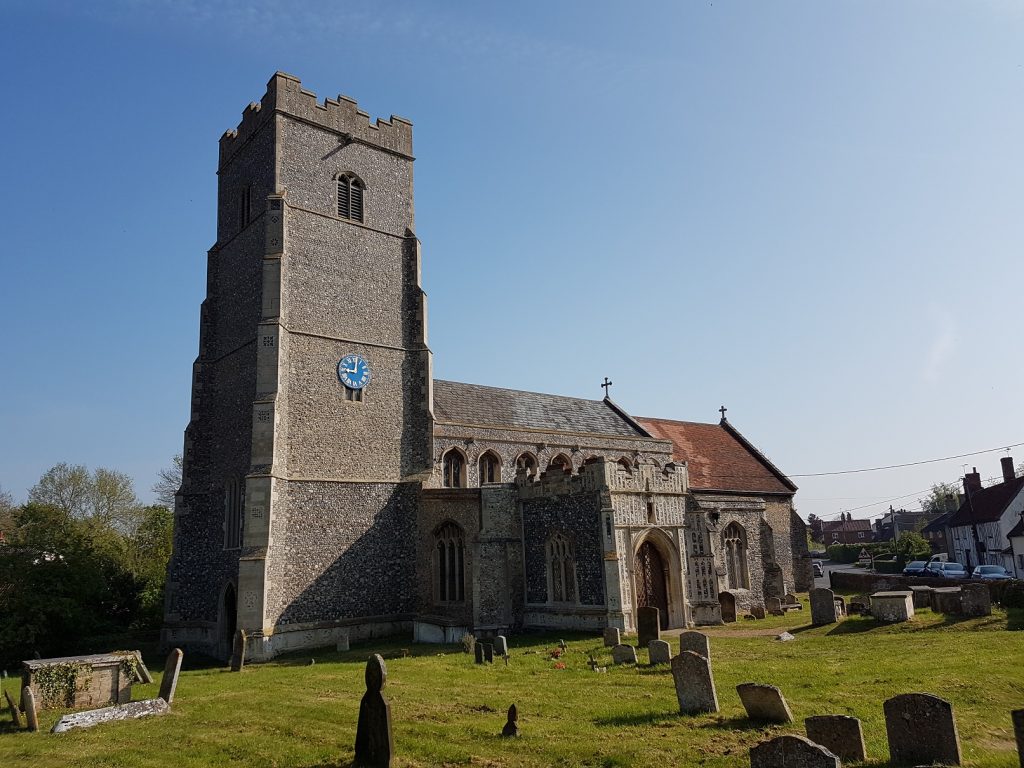 “What would you be, you wide East Anglian sky,

Without church towers to recognise you by” 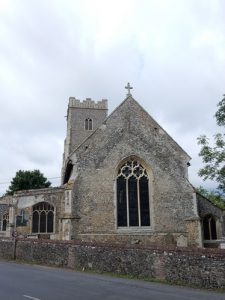 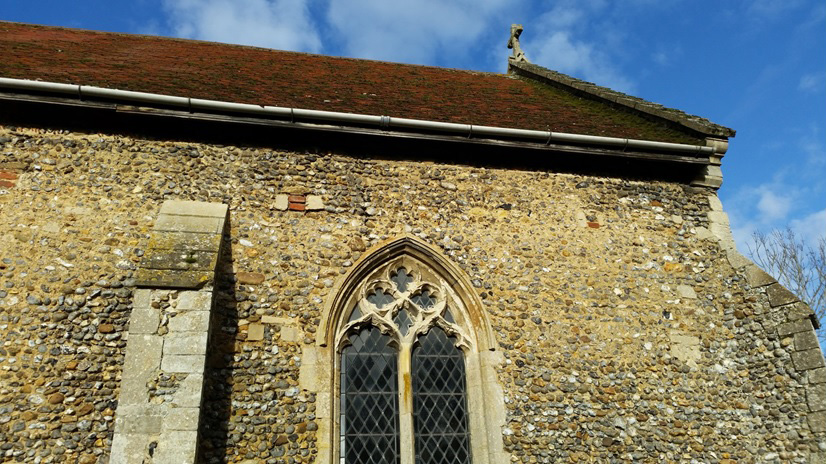 Photo – The Chancel, south side, showing the filled “putlog” holes. 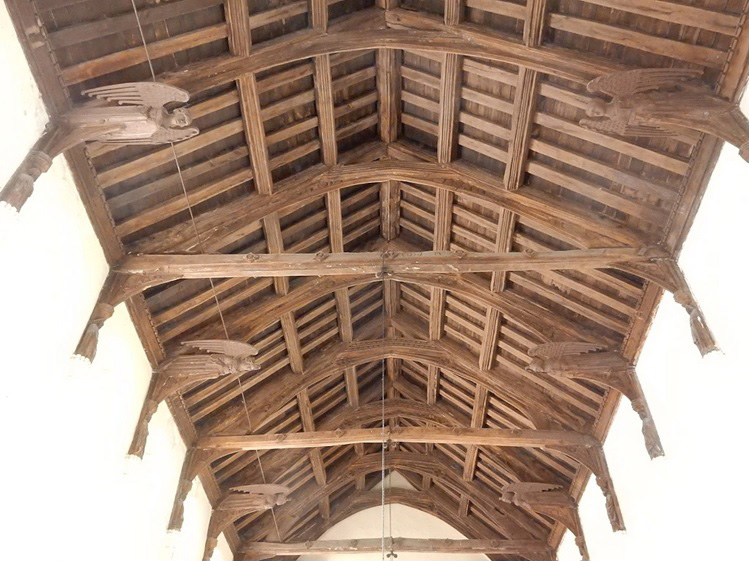 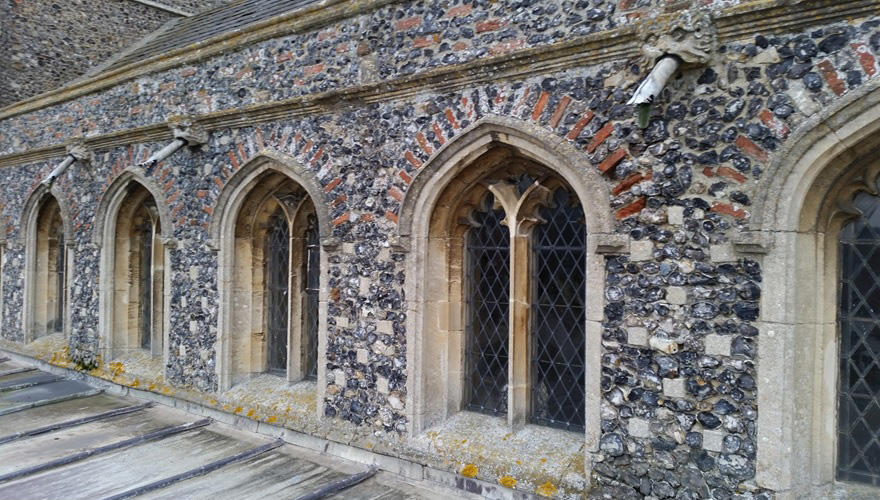 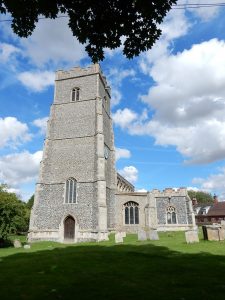 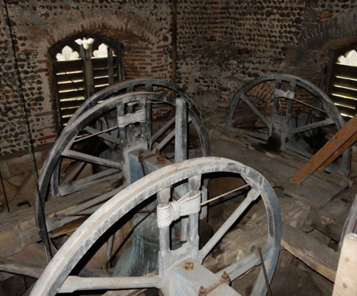 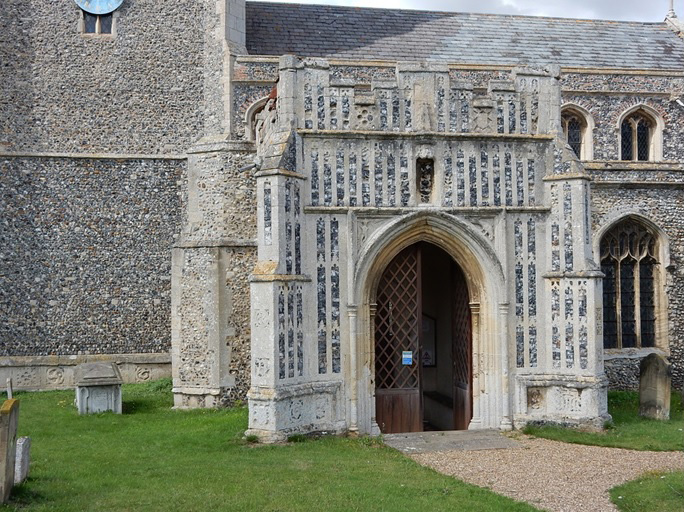 Photo – Flint Flushwork to a Tower Buttress with the monogram “M” and a crown representing St. Mary 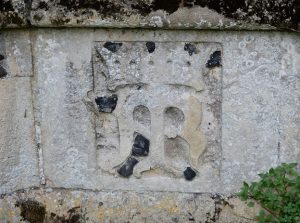 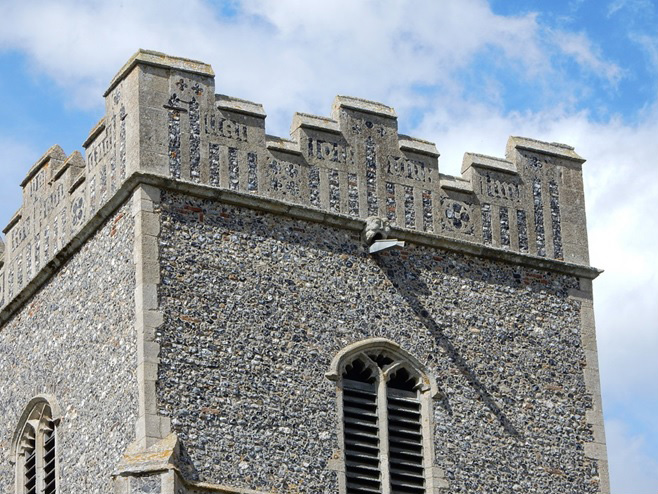 Photo – The flint flushwork inscription to the Tower 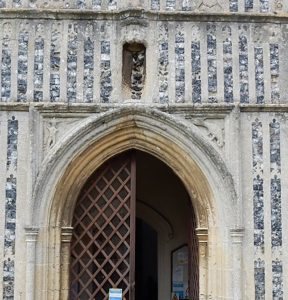 Photo – The two South Porch carvings either side of the arch. 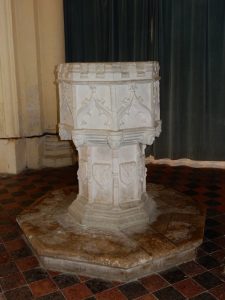 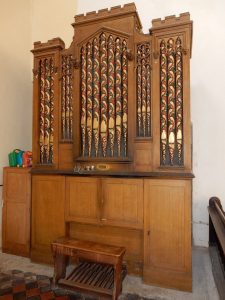 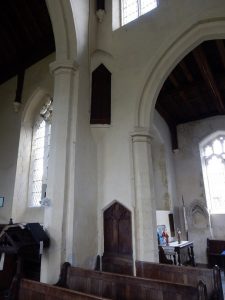 “To the Glory of God this window was presented by The Parishioners in Proud and Loving Memory of the Men of Badwell Ash who gave their lives in The Great War 1914-1918. Those names of the fallen as inscribed on the plaque are:

Further research undertaken in 2014/15 confirmed that George Morley, who was a Company Sergeant Major in The Kings (Liverpool Regiment), was killed in July 1916.

A second brass plaque is dedicated to the memory of the men who died in the Second World War. The names recorded are: 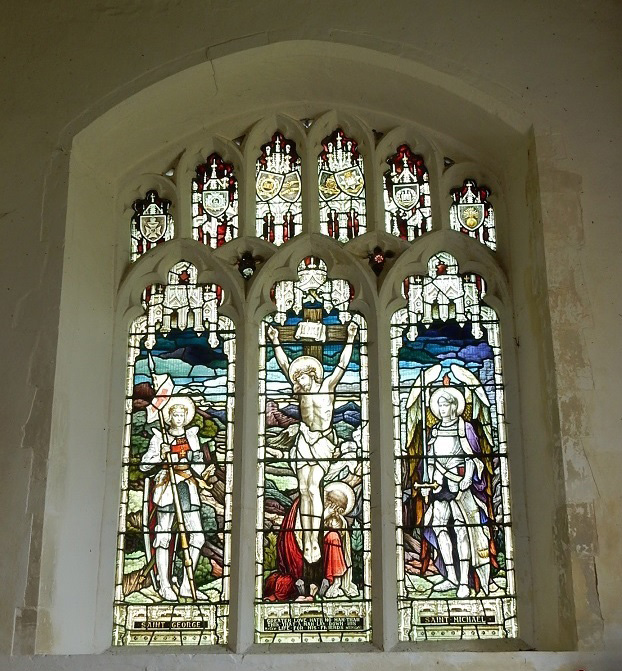 Photo – The Memorial window in the South Aisle

From painstaking research over a number of years, one of the members of The Badwell Ash History Society has written a book describing the historical and architectural details of St. Mary’s Church.  The eighty eight pages describe in detail, including colour photographs, the history of the church, the various stages of its development and the people and personalities involved including a list of all the priests from the date when records first began in 1338 through to today.

The cost of this booklet is £5 with all contributions going to St. Mary’s Church.

Copies of this booklet can be obtained from either the Churchwarden, Stephen Rose, 1 Hunston Road, Badwell Ash, Suffolk, IP31 3DJ contact details: sjrose.surfacing@btinternet.com or tel. 07714 273669 or from Howard Newman of The Badwell Ash History Society at Parkers Farmhouse, The Street, Badwell Ash, IP31 3DG contact details; howardandrew1949@gmail.com  or tel. 07770 400349.

The 1939 Register was taken on 29 September 1939 shortly after the outbreak of WWII. The information was used to produce identity cards and, once rationing […]

Three people have been found drowned in this Parish in the C19. Here are their details we’re aware of, and something about the person concerned. […]